This video demonstrates how you can leverage Volatility and memory forensics to detect kernel rootkits, assist with reverse engineering, and use the results for developing additional indicators.

The video is narrated by Apple's text to speech and you can find the actual text on the Youtube page. The live/in-person demo was given at the @Toolswatch Blackhat Arsenal.

This demo shows how to track Mac OS X user activity by examining artifacts in physical memory with Volatility.

The video is narrated by Apple's text to speech and you can find the actual text on the Youtube page. The live/in-person demo was given at the @Toolswatch Blackhat Arsenal.

Posted by Michael Hale Ligh at 11:35 AM No comments:

Our Windows Malware and Memory Forensics Training class is intense and rigorous, because its designed to reflect real world investigations. When you have a limited amount of time and you're being pressured for reliable answers - every minute counts. Sometimes you just gotta cheat...and when you do, you might as well use an Official Volatility Memory Analysis Cheat Sheet! 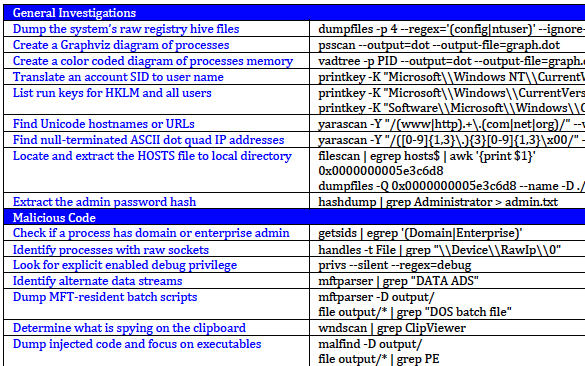 For in-depth examples and walk-throughs of using the commands in this cheat sheet, make sure to get your copy of The Art of Memory Forensics!
Posted by Michael Hale Ligh at 2:10 PM 3 comments:

A research paper (slides here) that I worked on with Golden G. Richard was recently published at DFRWS 2014 and received the Best Paper award! The paper, In Lieu of Swap: Analyzing Compressed RAM in Mac OS X and Linux, analyzed the in-memory, compressed swapped stores on recent Mac and Linux versions.

As you are likely aware, operating systems will traditionally swap unneeded pages out to disk in order to free the pages for currently running applications to use. This swapping process has historically presented issues for forensics analysis as attempting to acquire both physical memory and the swap file(s) in a consistent state can be a daunting task outside of virtual machine environments. Furthermore, Mac has provided encrypted swap (Secure virtual memory) since Mountain Lion and Linux users could optionally utilize encrypted swap for years. Similarly, Windows has the EncryptPagingFile option that can be turned on by administrative users. Recovering the keying materials for these encrypted stores can require modification to existing acquisition tools as well as specialized research.

A new advancement in operating system design, the creation of memory-only, compressed swap stores, presents both challenges and opportunities for memory forensics practitioners. When enabled, these stores attempt to avoid writing swapped pages to disk for performance reasons and instead compresses and stores them into a reserved pool of memory. When a page is later recalled from the pool, a simple decompression operation is all that is needed to be performed. This is much quicker than reading from even the fastest PCI-E storage provided by Apple devices.

At first, this store can be challenging to investigators as simple methods of investigation, such as strings analysis or file carving, will fail since the data is in its compressed state. This store can be helpful though as normal physical memory capture techniques will completely collect the store. This is opposed to traditional swap collection that required timing memory acquisition with disk acquisition to avoid smearing.

The paper presents the algorithms used by both Mac and Linux to implement the compressed stores. We also describe our Volatility plugins that can fully locate and decompress all pages kept within the stores. Finally, we present data sets from sample machines that we tested the plugins and analysis on.

If you have any questions on the paper feel free to reach out to either myself or Golden.
Posted by Andrew Case at 3:03 PM No comments:

The release of this new Volatility version coincides with the publication of The Art of Memory Forensics. It adds support for Windows 8, 8.1, 2012, and 2012 R2 memory dumps, Mac OS X Mavericks (up to 10.9.4), and Linux kernels up to 3.16. New plugins include the ability to extract cached Truecrypt passphrases and master keys from Windows and Linux memory dumps, investigate Mac user activity (such as pulling their contact database, calendar items, PGP encrypted mails, OTR Adium chat messages, etc), and analyze advanced Linux rootkits. See below for a detailed change log.

Binary releases, including pre-built executables for Windows and Mac OS X can be found on the Volatility Foundation website: http://www.volatilityfoundation.org. We've also now moved our source code repository to Github: https://github.com/volatilityfoundation. Note that there's a separate repository containing over 160 Linux profiles for 32- and 64-bit OpenSuSE, Redhat, Debain, Ubuntu, Fedora, and CentOS (thanks Kevin!); and all Mac OS X profiles from 10.5 to 10.9.4.

If we were running a book picture contest, these would be the winners. Keep in mind, we actually do have a contest brewing where you can win large cash prizes and/or free training, Volatility swag, etc.

The following "retro cover" was submitted by Didier Stevens (@DidierStevens). 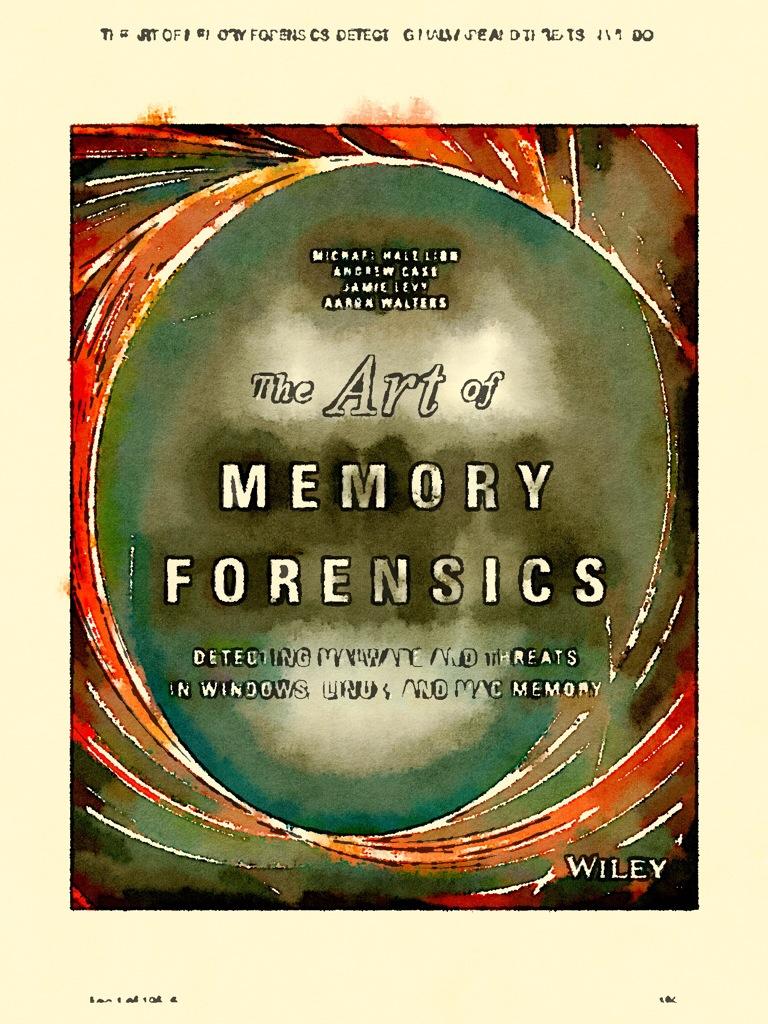 The following "I'm too sexy for my book" was submitted by Jonathan Zdziarski (@JZdziarski).

The following "white sangria and object headers" was submitted by Erika Noerenberg (@gutterchurl). 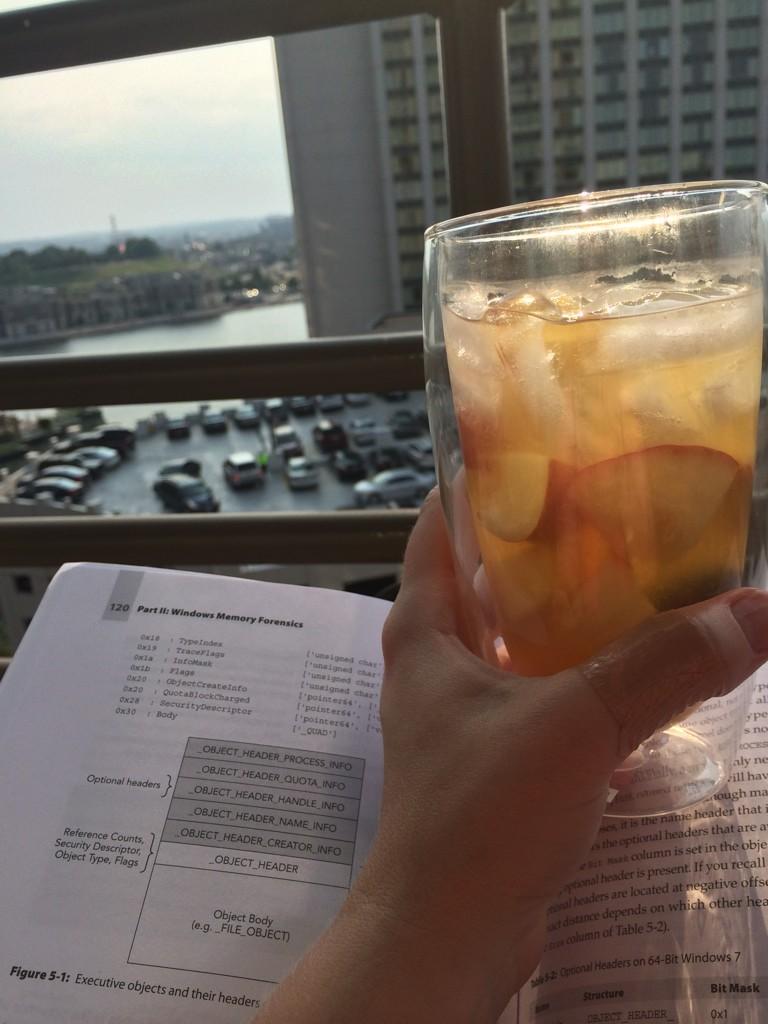 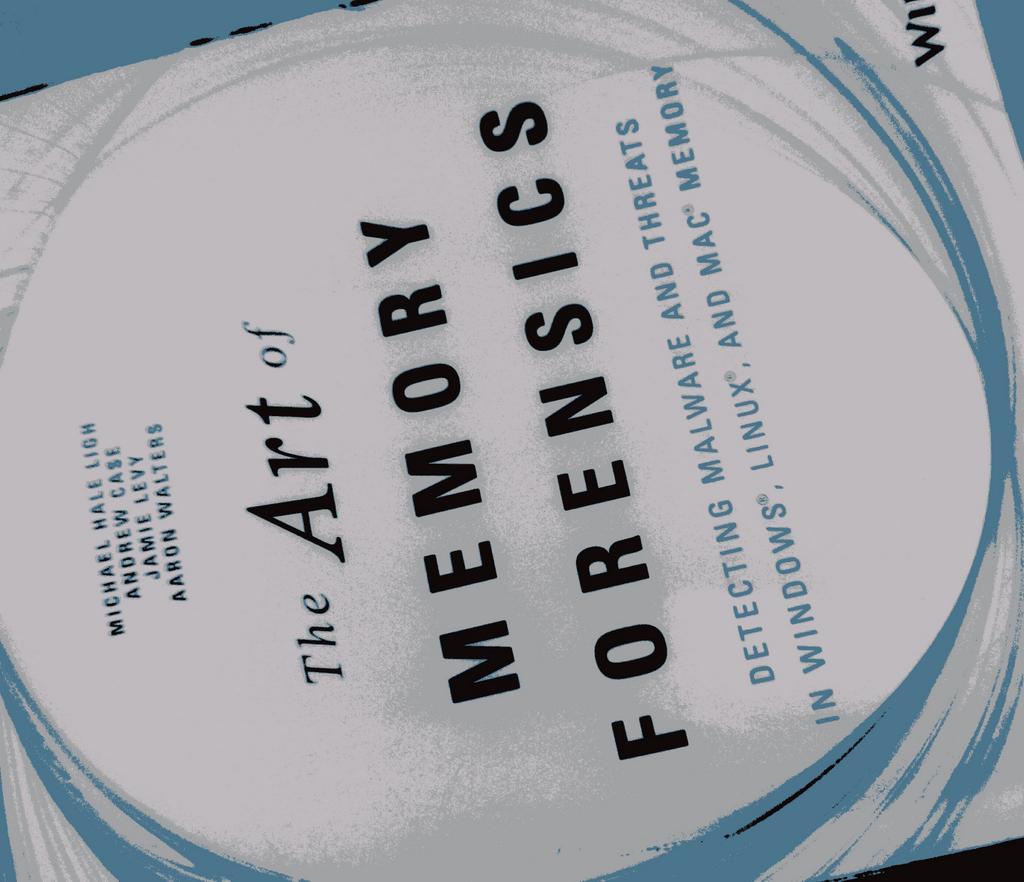 The following "don't leave home without it on ALL your devices" was submitted by Dennis York (@LDRydr). 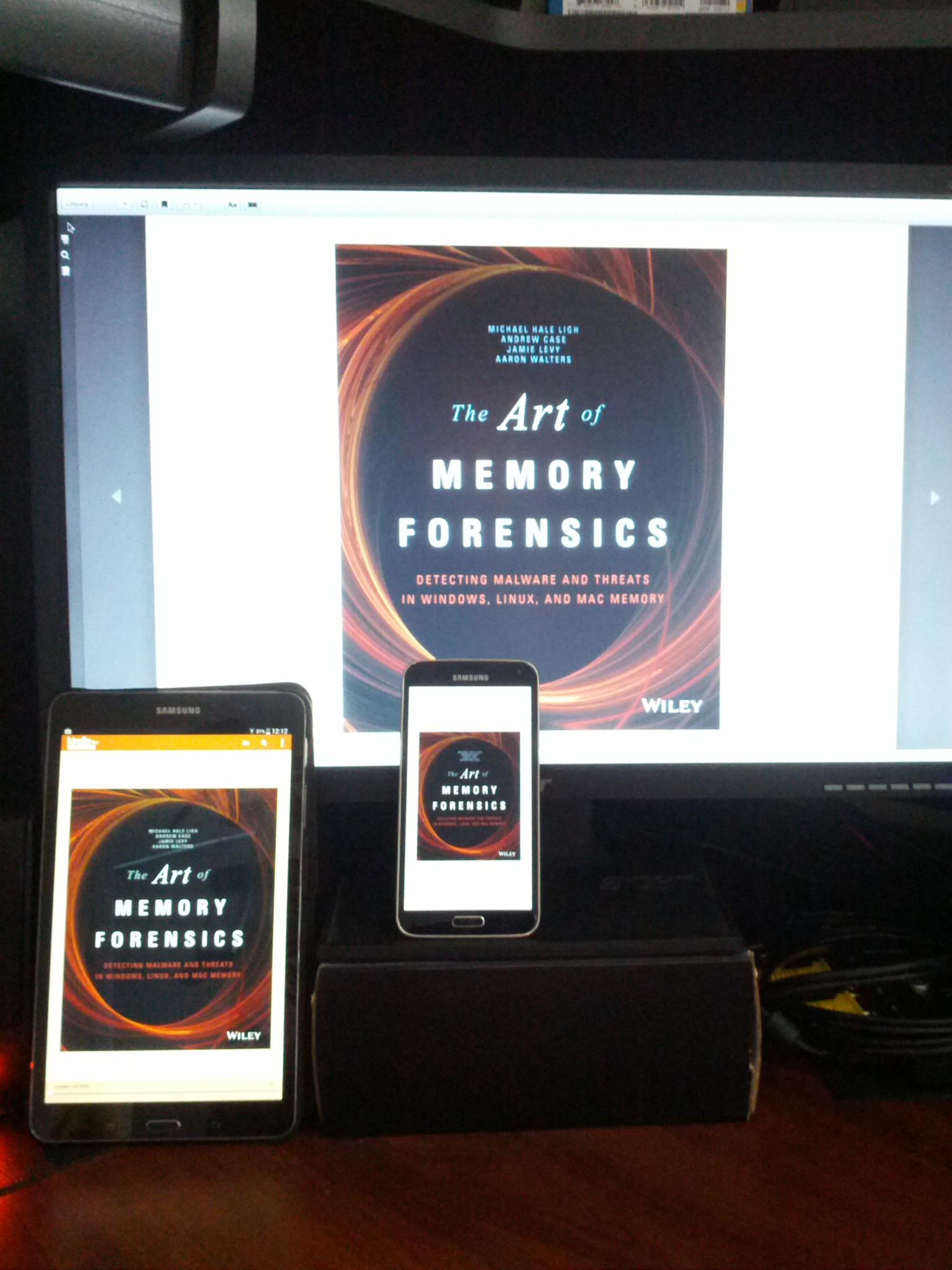 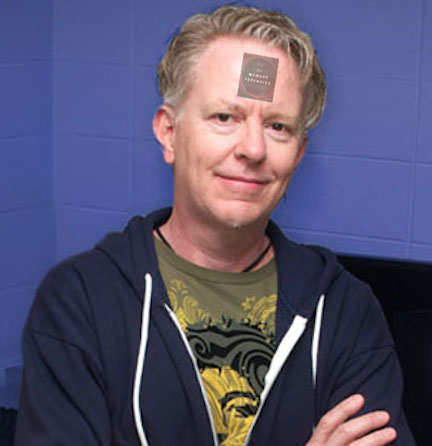 The following "back from defcon" was submitted by Mariano Graziano (@emd3l). 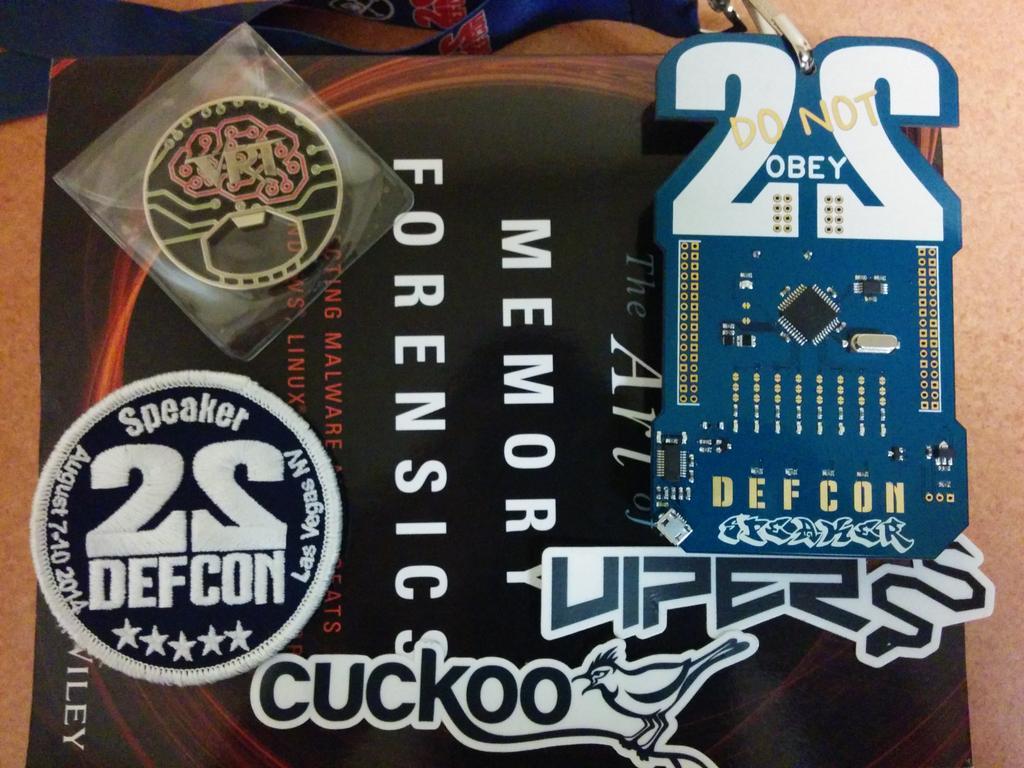 The following was submitted by Bob Dobalina (@northTtown) - not sure what this is, but it looks interesting.

The following "part of the cannon" was submitted by Troy Larson. 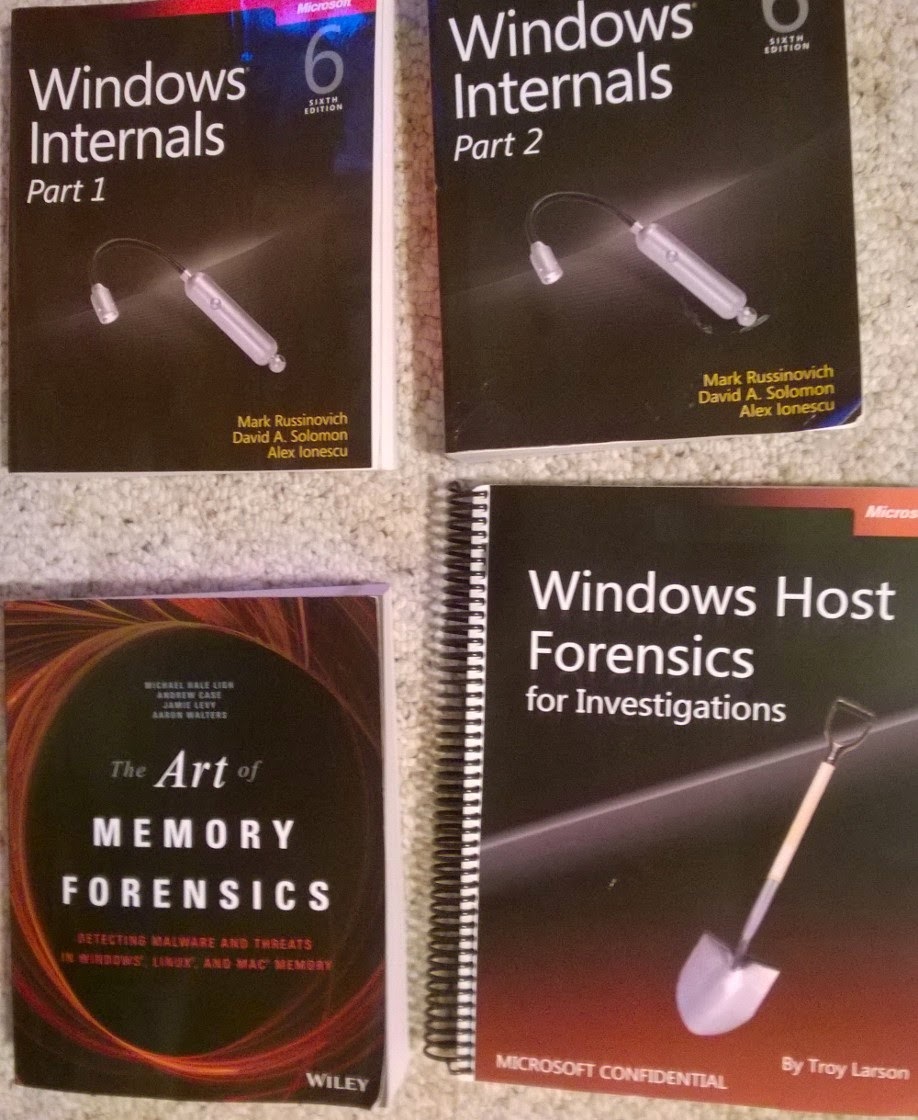 The following was submitted by Brian Moran (@brianjmoran). 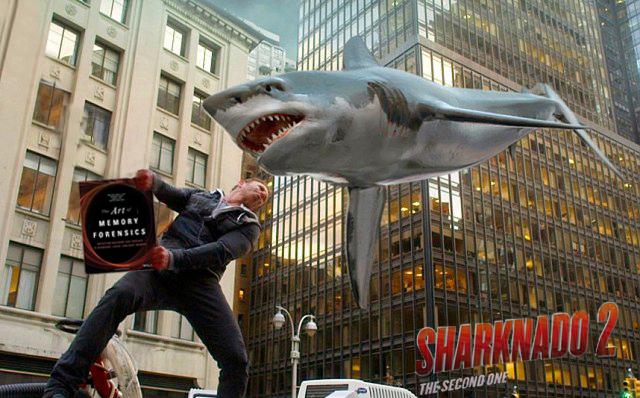 The following "twins, almost" was submitted by by Andy Magnusson. 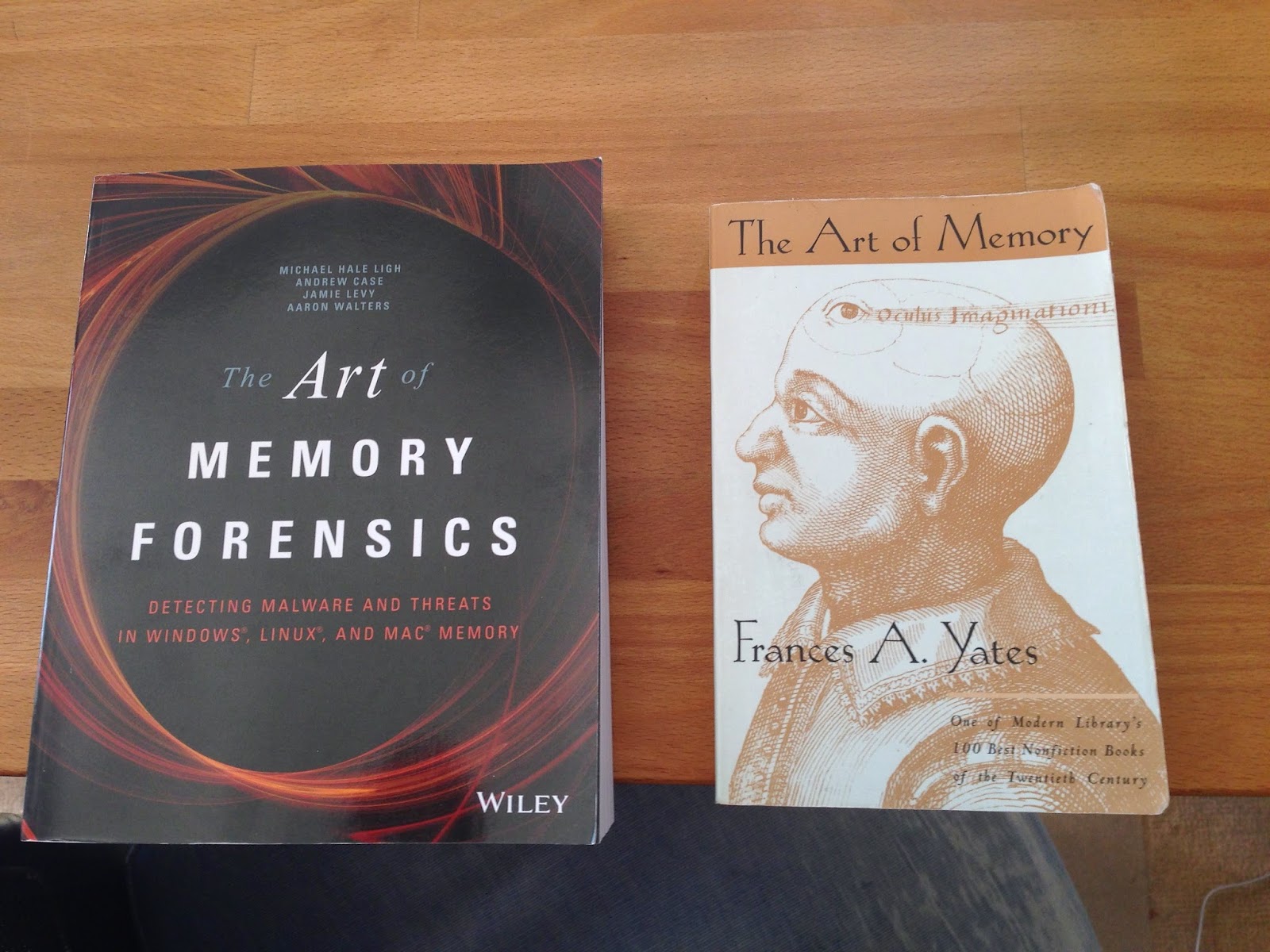 The following "Volatility, on the job" was submitted by Ken Pryor (@KDPryor). I thought I'd only see AMF in an officer's car if I got arrested while holding it! 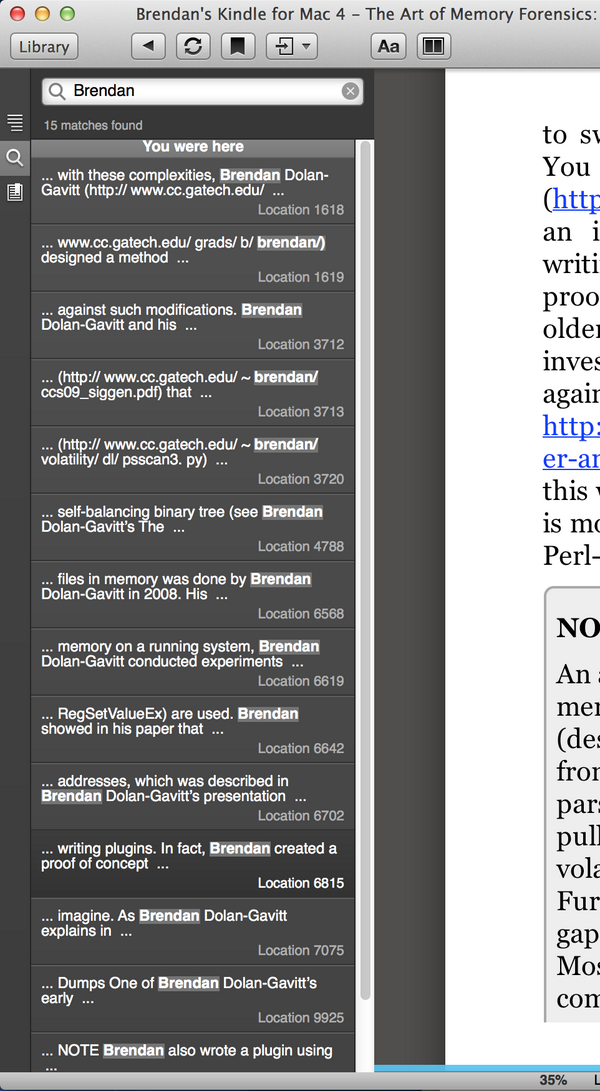 The following was submitted by Frankie Li (@Espionageware). 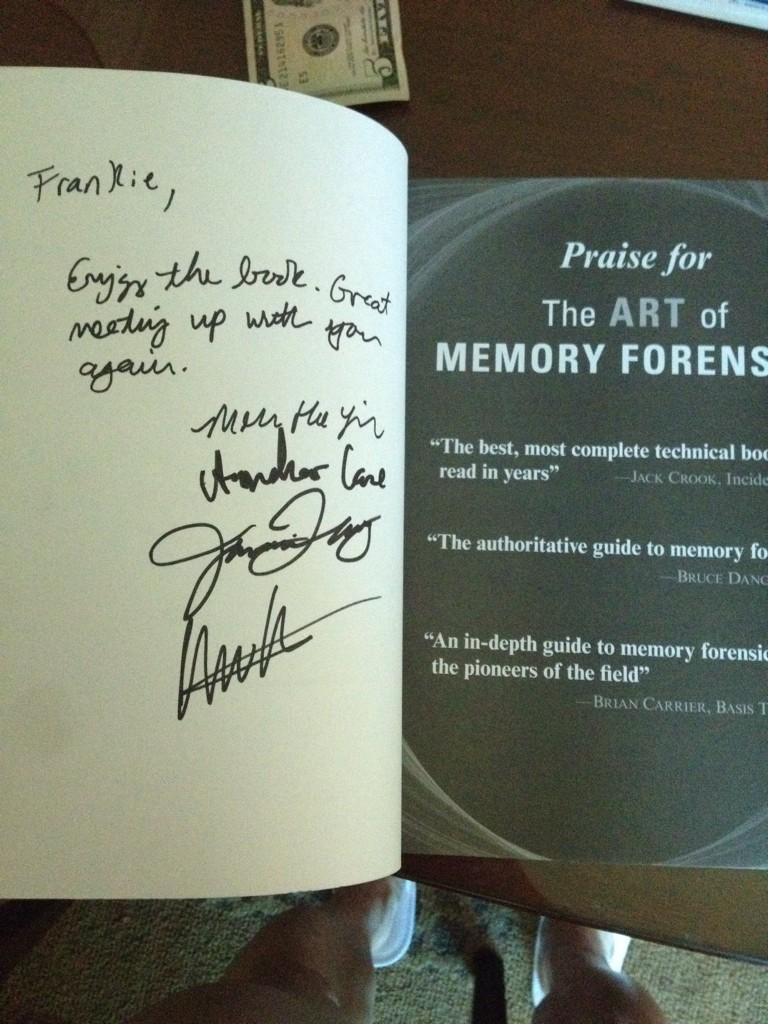 The following was submitted by Andrew Case (@attrc). 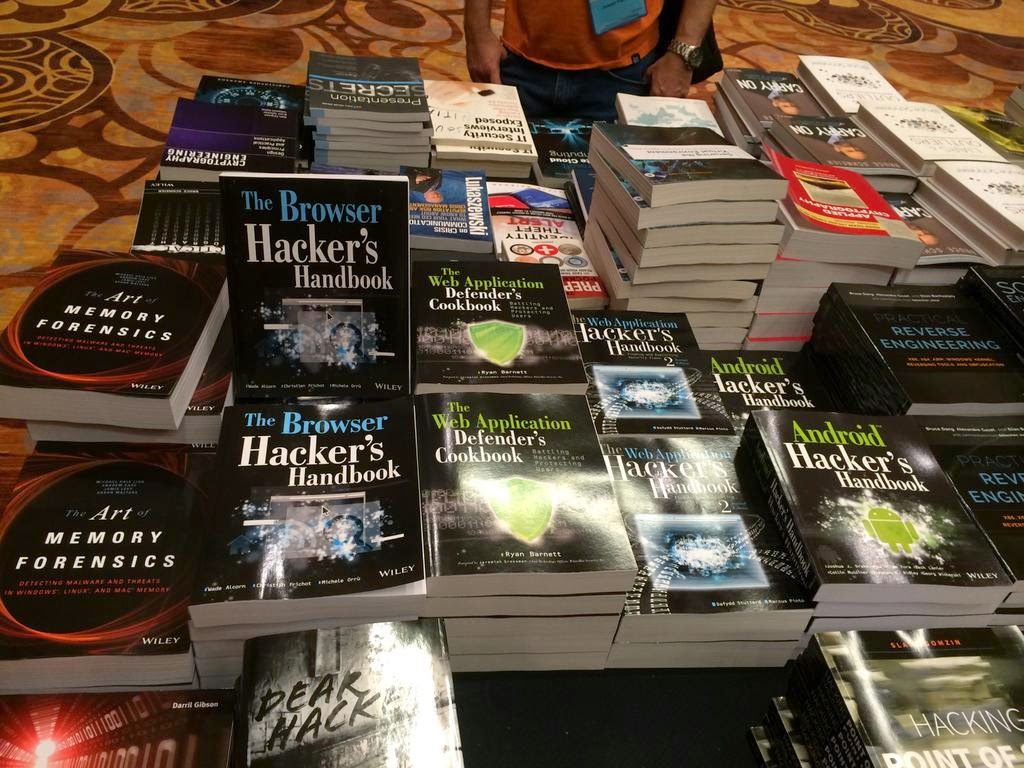 We'd love to see other readers in action with the book! Tweet them to @volatility to enter the contest (be aware, there are no prizes, except smiles).